–Dream a little Dream of Me 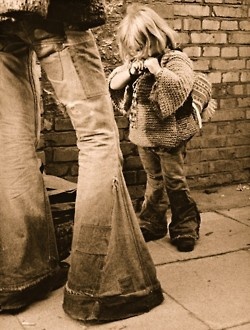 There’s no delicate or easy way to say this. I’ve needed to say these words so many times in the last few weeks.

My mum passed away, suddenly. Unexpected.

The words don’t get easier to say. I’m not sure anything prepares for such a life altering moment. It happened like a blur, as such things often do.  One moment I’m at work, and then next I’m hightailing it to a country hospital after my mum, ever stoic, called me herself to tell me she’d had “a little bit of a heart attack.”

Instinctively I knew I had to leave work straight away, even though she insisted she was fine. My dad had a heart attack and bi-pass surgery and emerged physically fit beyond it.  In my mind, I actually thought this would be the same outcome.  Everyone knows someone who has had a heart attack, right? Medical advances are incredible.  Keyhole surgery sees stints implanted into arteries and hearts, and their owners, literally given a new lease on life.

My mum was strong, and fragile. Fragile-strong with a determined soul rivaled only by others whose lives were were plagued by pain.  Contracting polio as a small child altered the course of her life  that would be challenged by disability, pain, endless surgeries and limitations. Australia in the 1950’s was intolerant of disability and terrified of unknown diseases.  Actually, Australia in 2017 is still intolerant in many ways, with our current government cutting necessary funding to disability services and pensions. In the 50’s, people thought they would contract polio from those in leg irons, long after they ceased to be contagious. Children were cruel. They wouldn’t play with her, eat with her and often bully boys would knock her down and laugh at her attempts to get back up.

In high school I read I can jump puddles by Alan Marshall, which opened up a dialogue with my mum on her own polio ordeals. My mum was only four years old when she was struck down, and spent over 12 months in Fairfield Hospital in the Infectious Diseases department. When I think of any of my children being isolated for over a year, away from me, from their family and friends, it makes me quite emotional. No doubt it was etched firmly into her psyche, and played out throughout her life in various ways, good and bad. Some of her coping mechanisms were difficult to deal with as her child. Her high tolerance for pain and discomfort made her fairly intolerant of those that complained about anything she viewed to be a lesser affliction to her own.  Common colds for example were met with her urging to soldier on.  I carry that with me to this day. I often felt that she wanted, or needed, me to achieve more and be more given that she felt she was limited.

To describe my mother would be to write about a hurricane in its perfect power.

My relationship with my mum was fraught with highs and lows as mother-daughter relationships sometimes are, but for some time I had reconciled how we were.  She was never going to be Carol Brady, just as I was never going to be Marsha. Mine was not an idyllic childhood like those I watched on the television growing up.  What I did inherit from my mum, and proudly so, was her strength, determination and independence, though I suspect the latter was forced upon me.  Having a disabled parent meant that I did a lot around the house from an early age.  She didn’t dote on us, because she couldn’t, but also I think she wasn’t geared that way by nature. It’s hard to say how much her personality was skewed by her experiences.  That’s possibly true for everyone.

What her disability gave my mother was her undeniable love of the underdog and a unwavering passion for social justice.

She was arrested for protesting against the Vietnam war, and another time during a march in Melbourne streets to urge the government of the day to bring our soldiers home from Vietnam.  During the 70’s, she took to the streets to march in solidarity with her American sisters for women’s rights. During several rallies, she was “detained” by police. Not wanting to add to the chorus of female oppression, the police called it ‘detaining’ rather than arresting.  A rose by any other name…

She became part of the ‘new left movement’ and even with babies she protested for civil liberties – women’s rights and gay rights. I once dared to question her commitment to the feminist front when at 14 years old I presumed to know more than her. I asked her as she stood at the kitchen stove cooking my dad’s breakfast how she could call herself a feminist when she was a home maker and cooked for my dad every day.  Not skipping a beat, she put down the spatula in her hand, turned and looked at me levelly. She explained in her ‘don’t fuck with my ideals’ voice that she had fought for my rights to be whatever the hell I wanted to be, and that feminism meant exactly that…having choices. She told me she cooked for my dad every day because she chose to, not out of any sense of obligation.  And with that, she turned back to the stove and her cooking.

I never viewed my mum as an anarchist but in truth she always stood for the principals that she believed in. Even in the emergency department she asked me what I thought of this “plebiscite bullshit” on marriage equality.  We laughed about the state of politics and she thought they might think she was faking her heart attack and send her home.

A hippy child at heart, she ended an unhappy, conservative and abusive marriage and at 30 she moved in with my (step) dad. There’s was a love story, and I think I’ve spent a great deal of my life hoping to emulate the sentiment behind what they shared emotionally though not the drama attached to their beginning…they both left marriages for one another.

Patience was a lovely virtue that my dad owned, thankfully as my mum definitely walked to the beat of her own drum.

She had been born in Fitzroy and raised in Carlton, a northern suburb of Melbourne and she had a bird’s eye view of an area that quickly became one of Australia’s most multicultural cities after World War II.  Visiting my grandmother in Carlton in my childhood gave me an affinity with the Northern suburbs (and let’s face it, inner city creatives) ever since. Ironically my eldest son now lives in the same street where my mum attended high school.

Music was woven into the tapestry of my life. Our home was filled with tunes from the Vietnam era and usually filled the house along with country music she loved.  Janis Joplin, Johnny Cash, Patti Smith, Bob Dylan and Cat Stevens were played so endlessly that somehow they are also on my playlists. She had loved the Stones and chose the Beatles over Elvis. She loved Bowie and The Mamas & The Papas. Even as a young toddler, I knew every word the Helen Reddy anthem, I am Woman.

My mum struggled when she lost my dad 7 years earlier, and in truth I think I had always believed he would have survived her. True to form, she spontaneously decided on a tree change, buying a house in the country, site unseen that she found on the internet. Ignoring my advice to stay near family and friends, she packed up and lived as she always had, on her own terms. Fiercely independent and always defying the odds, her body betrayed her. Had it just been a heart attack, I’ve no doubt she would still be here but as it turned out, the blood thinners administers at the hospital uncovered an ulcer, attached to an aggressive stomach cancer yet to be detected.  Sadly, they couldn’t stop the internal bleeding. Though she slipped in and out of consciousness, she was brave and stoic to the end.  I stood with the surgeon while he calmly explained the no win-no hope conundrum we found ourselves in, choosing to comfort me in the face of this news, rather than thinking of herself.as she faced her own mortality. She joked with the doctor that if surgery would take out quicker, she’d consider it.

She  knew she was going to die. “I’m not going to make it this time, darling,” she said and smiled at me, squeezing my hand.

Everything happened so quickly.  I arrived at the hospital Friday early afternoon, and by Saturday morning my close friend arrived, my incredible soul sister.  At some point my Mum’s best friend also arrived which seemed fitting, that my mum would be among strong women at the end of her life.  My darling Italian soul sister held my mum’s hand and mine through the most painful hours, for which I can’t seem to grasp enough words here to thank her for.  When I told my mum that my friend was coming, she said “your girls have always been your family, haven’t they?” I think they are indeed the closest thing I may have to family, beside my gorgeous children.

My darling friend comforted my mum, telling her she would look after me.  I have tears even now writing that.  I can’t think of another person who would be more fitting to be standing by my side in the terrible-beautiful final moments of my mum’s life. A life well lived.

In the late afternoon on a cold Saturday, they rushed in a young and inexperienced priest to say the last rights. As an atheist it hadn’t occurred to me. She had faith in God but thought the church to be hypocritical and lacking. Having the priest there however was poetic in the end.  As he said the last Amen, my fierce little feminist mum slipped away.

I take consolation in the fact that she is now with my dad and that she left express and clear wishes, to be cremated and her ashes, along with my dad’s, are to be scattered on the ocean on  a sunny day. She expressly asked for no church service, but she agreed to a celebration of her life.  I think I honoured that, surrounded by my gorgeous ones as they talked of their Nanna.  I got to say my final good byes to my mother among  my lovely friends. We drank bubbles which was fitting. Many in fact as we exchanged stories of her life. It’s hard to sum up a life with a photo slideshow and a playlist, but I think we did her proud. The outpouring of support and love shown to the kids and I was both humbling and overwhelming.  For a single woman without close blood-family ties, I feel honoured to be surrounded by such love.

I am forever grateful for her lessons, and for her strength, a gift even at the very end. I loved that she loved my children with an abandon not shown to many.

She told me she was proud of them and of me. She told me she loved me and loved my strength, and I of course told her how much I loved her.  She had fought the hard flight her whole life.  She had defied experts by walking, and living in a way they said she wouldn’t.  She lived her truth even when it didn’t fit with social norms. Sharing her final moments was such a gift for which I will always be grateful.

7 thoughts on “The Mother load…music, mothers and mayhem”